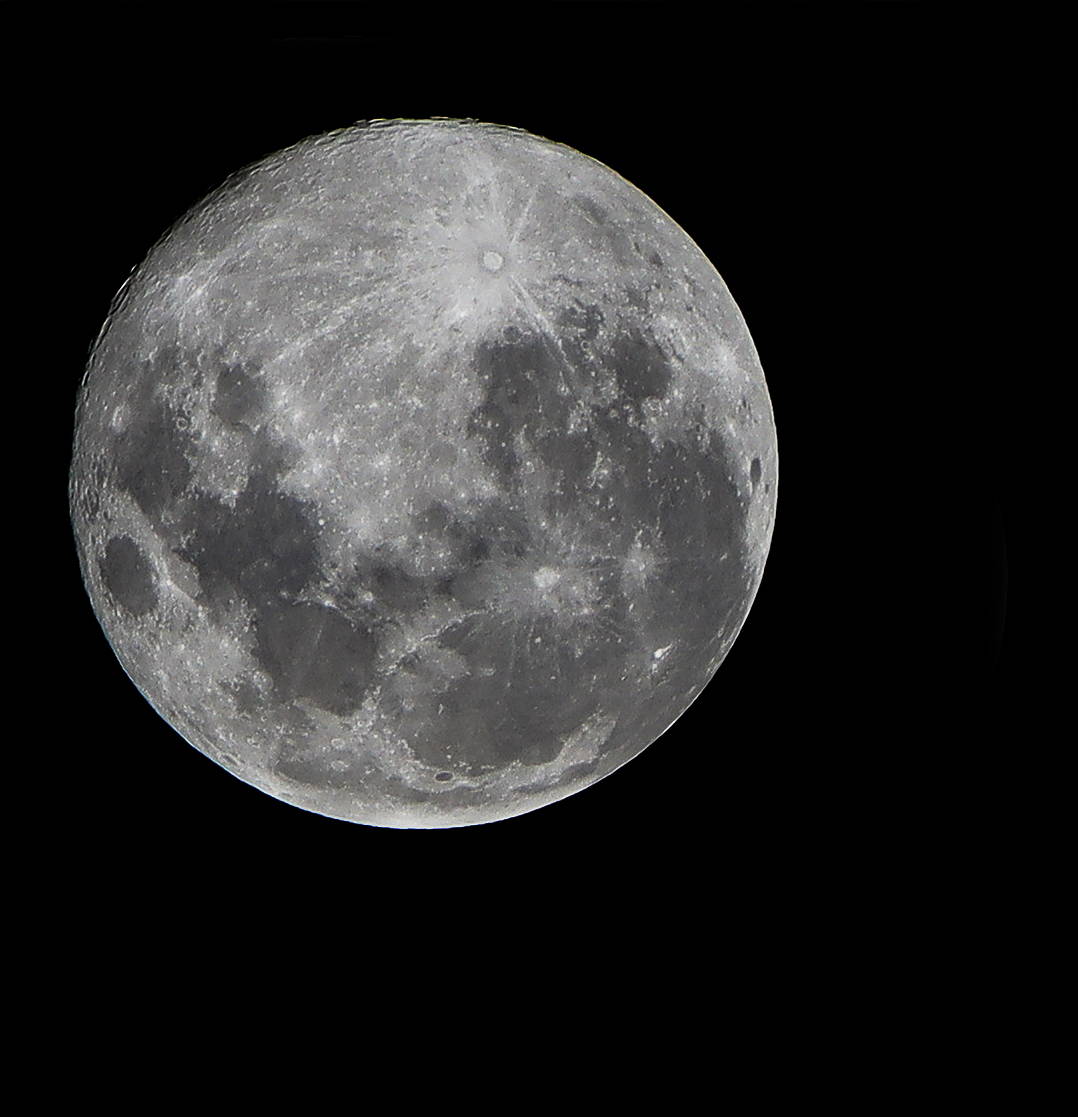 I read on some of my social media astro pages that the moon was going to be its biggest (closest) and brightest during the beginning of April. I planned to shoot it and then create a composite image - which is an image made up of two or more images combined to create one image. The combination of my 70-200mm lens, the 2x extender (teleconverter) provided me the equivalent of 400mm (8x magnification).

I went out at 8pm into my backyard which is only 15kms from Melbourne CBD at 8pm. The moon was so bright that I was able to use my touch screen on my camera to focus on the moon. I shot 15 images all at the same exposure  Using Starstax (free) software https://markus-enzweiler.de/software/starstax/ (Mac. Windows & Linux) I combined and blended  the15 images perfectly which increased the level of detail significantly.  It is amazing how many crevices and craters are clearly visible.

I processed the image afterwards in Photoshop. I completed some simple edits, cropped the image to square as I appreciated the shape and wanted to make the image different to all of the other moon images which I had seen that same night by other photographers who I follow. In addition I added a curves layer to control the highlight and shadow details and also applied a sharpening mask to the image, which adds to the contrast edges which results in a sharper look.

It was interesting that the file size increased to almost 2 GB! I am very pleased with the end result and plan to print it on a high quality fine paper and proudly hang it in my house.